The bus sprinted aggressively across the clumsy road missing each and every vehicle that it overtook by mere inches. And it was no discomfort to anyone standing inside as we had inherited through natural selection the traits of going through normal life while simultaneously being thrown over from one corner of the bus to another; the ticket collector issues a ticket in one corner and – screech – flies to the other corner bumping into a herd of women and then apologizing and cracking a joke, proceeds to issue their ticket and so on. And the women don’t mind at all for it is all too common. Once, while in a similar situation, the driver kicked with all his might at the breaks to avoid a possible collision with an oncoming car on the bridge, and physics forced me to swerve, revolving round the vertical metal bar, that I’d clutched on to, in a semi-circle and landing, finally, on the lap of a woman seated nearby who’s hands instinctively and quite naturally made contact with my spine. Our noses had learned to eliminate that particular range of scent, the smell of metal drenched in dust, smoke and sweat. Such is the manner of lifestyle of a commuter in Kerala and it would have been the same here too had there not had been this yapping fellow who was standing next to me with a huge desire to know my life history and my plans for the future. I pretended not to hear him the first time but then I gave up after seeing his innocent face. END_OF_DOCUMENT_TOKEN_TO_BE_REPLACED 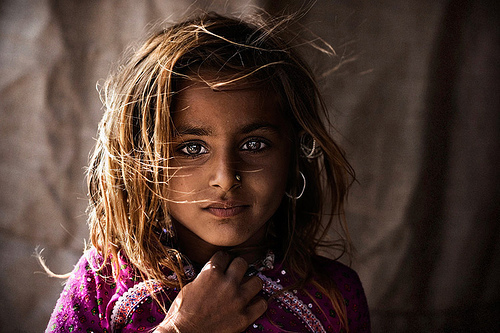 Of four eternities of that

time of unexplainable feelings in me

you, it is today that I have begun

to see those marks on your

those tiny pimples on those

END_OF_DOCUMENT_TOKEN_TO_BE_REPLACED

I suppose it began with my friend’s ingenious ‘Get Well Soon’ plan and how it turned disastrous but to explain that I’ll have to take you even further back. On the summer of 2004, a bright monday afternoon, my Grandmammy whom I lovingly called Peep shot both her hands to her chest and wailed out loud causing the entire family of seven (including me) to cram ourselves inside a car and scram towards the nearby cardiologist. The cardiologist after examining her cardios politely informed us to go to the nearby neurologist. And so, we wheeled the car round to the neurologist who checked her neurons and calmly informed us to ‘pass by’ the twin doctors, the hematologist and the hepatologist. Cramming ourselves inside the car, we once again made off to the twins and after them, to the nephrologist, to the gastroenterologist, to the psychologist, then to the dentist – she didn’t even have a single tooth in her mouth! – and END_OF_DOCUMENT_TOKEN_TO_BE_REPLACED

elegant motion of the

tongue from the head of

the teeth to its feet, repeated

in succession, – the graceful

of those Kathakali dancers, the

molecules trapped between the

mouth of a melody singer – in

could not see her no

more, see the one

who used to appear

I have loved many before you

And then I have loved you

It cannot be true love

for I expected something back

And you gave me at first your smile

And it was your eyes that smiled

And then as days sped by

Gently rubbed your hand against mine

And I brushed against you one day

END_OF_DOCUMENT_TOKEN_TO_BE_REPLACED

All characters appearing in this work are fictitious. Any resemblances to real persons,living or dead, animals, furniture and bathroom are purely coincidental.

The writer excused himself to go to the bathroom. Opening the majestic white double door adorned with gem-like thingies, he peered inside. The walls were stylized with clay bricks and cement-like substance, that looked just like cement but not, and carved surrealistically from the top to the bottom. “Saab likes expressionism”, thought he. And then his eyes moved toward the toilet upon which a dark raccoon sat with his wide eyes peering back at him dangerously. END_OF_DOCUMENT_TOKEN_TO_BE_REPLACED

That moment when a film you

have watched or a book that you read

beyond your guts, your brain

and your heart and your mind,

into those deep ravines of that unknown END_OF_DOCUMENT_TOKEN_TO_BE_REPLACED

Reflecting on my friend’s post, I too have certain things to convey regarding serials. And here I use the term in it’s raw form. No use calling it soap opera. No refining of any sort. SERIALS in bold. It needs an air of contempt and rage; imagine Lord Voldemort seeing harry from the dead and yelling ‘SERIALS’. That kind. And while my friend was hit with the not so gentle waves of Hindi serials, I was hit harder, knocked down and forcefully trampled upon by a more brute creature : Tamil and Malayalam Serials, where the gestation period of a pregnant lady is higher than that of an African elephant and where people have that amazing ability to END_OF_DOCUMENT_TOKEN_TO_BE_REPLACED

I write this in the tunes of Ilayaraja’s ‘Ninaivo Oru Paravai’ from the movie ‘Sigappu Rojaakkal’ and I don’t know why but I am reminded of the origins of this blog. I was unsure whether this blog would live when I had started to write the first post. Not a lot has come after that but they have certainly come and that is the important thing for me.

Today, this blog is END_OF_DOCUMENT_TOKEN_TO_BE_REPLACED

This work by Adithya Manikumar is licensed under a Creative Commons Attribution-NoDerivs 3.0 Unported License.

Stay Updated With the latest posts

Proud to be an Indiblogger

Some Blogs which I enjoy reading